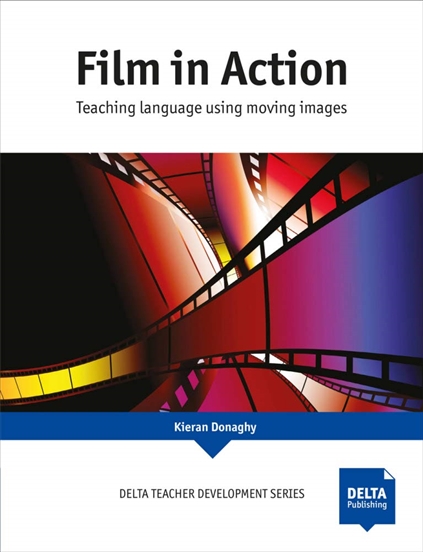 Film in Action places the moving image at the centre of the 21st century language learning agenda. This book shows how teachers can benefit enormously from the emergence of video distribution sites and the proliferation of mobile devices.

The book invites teachers to experiment with film, and provides:

Insights into how learners can engage with film.

Over 100 activities for teachers to bring film into the language class.

Steps for teachers and learners to create their own moving images.

We are living in an age of visual information and Film in Action takes on the challenge of the digital revolution to show teachers the educational benefits of not just watching but also creating moving images.

Film in Action contains three distinctive parts, which focus in turn on theory, practice and development:

Part A introduces the many different aspects of film: how it can inspire, while exposing learners to a wide range of authentic language, improving comprehension, intercultural understanding and visual literacy.

Part B contains over 100 activities - from an exploratory look at film itself - across two chapters which move from responding actively to film to actively producing film. The activities are clearly and simply set out, mixing original ideas with reassuringly 'classical' procedures.

Part C goes beyond the classroom into the wider school environment and into a world dominated by visual information, by looking at innovative ways to integrate moving images through longer, more complex projects.

Storytelling with Our Students DTDS

The Book of Pronunciation DTDS

Teaching Children How to Learn DTDS

Culture in Our Classrooms DTDS

Humour in the English Classroom Paperback

Storytelling with Our Students DTDS

The Book of Pronunciation DTDS

Teaching Children How to Learn DTDS

Culture in Our Classrooms DTDS